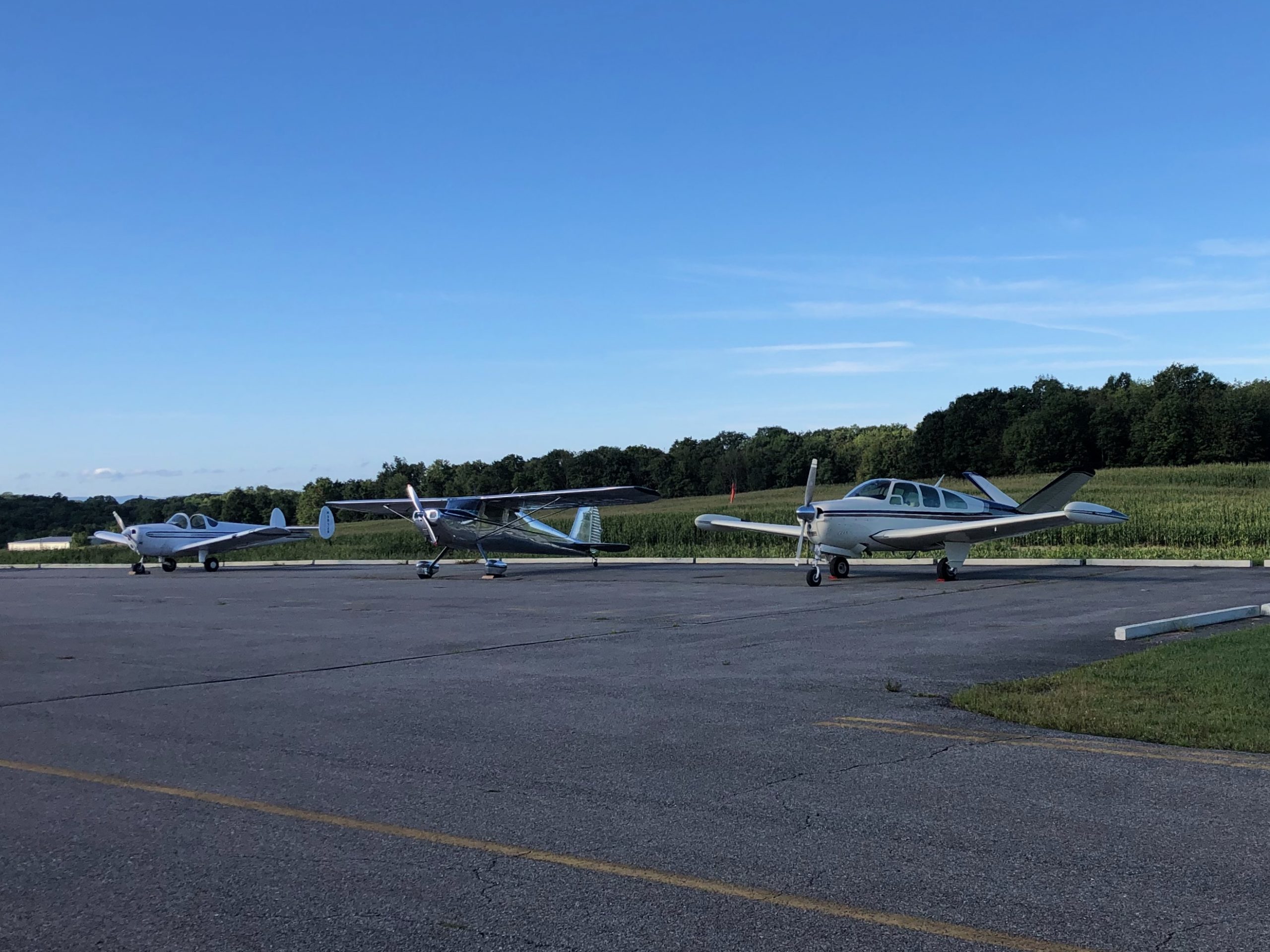 Flying over the Hudson River offers spectacular views of New York City for pilots and is something that I have wanted to do since getting the Bonanza. The morning of September 12, 2020 was beautiful and ended up being a perfect day to make the flight. Although there was an overcast layer at 3,000’ MSL, that would not inhibit the flight down the Hudson between 1,000 and 1,300’ MSL.

I filed IFR from Lehigh Valley International (KABE) in Allentown, PA to Sky Acres Airport (44N) in LaGrangeville, NY. I had never been to Sky Acres before, but had recently learned that they have a restaurant with outdoor dining that was open and following COVID-19 protocols as set by the state of New York. The uncontrolled field is situated in the rolling hills of Dutchess County and is a bit hard to spot until you are about five miles away, at least approaching from the direction that I did. Landing north on the 3830′ runway, the pavement slopes down from 697′ MSL at the approach end to 646′ MSL at the departure end. The ramp area is at an even higher elevation, requiring lots of power to taxi up to the FBO.

The FBO is located inside a converted dairy barn which also houses the Tail Winds Café. I had a nice breakfast while enjoying the view of landing and departing aircraft. Don’t let the small size of the airport fool you. There was plenty of activity for an avgeek such as myself!

Upon departure from Sky Acres, I headed south towards the Hudson River. I had flown the Hudson River corridor many years ago, but did not recall the procedural details, so I took a quick, free course, New York City Special Flight Rules Area (SFRA) course offered by FAASafety.gov that prepared me for the flight. The course includes a kneeboard guide that you can download to your ipad/phone/tablet with the key details for flying through the Special Flight Rules Area. I highly recommend taking the short course before attempting to fly in the SFRA.

Below is a video I created with amazing views of New York City from the Bonanza as I flew southbound via the Hudson River. Unfortunately, nearly all of the footage from my forward facing camera was corrupted, but the best views were off the left wingtip. If you are ever in the New York area, I highly recommend flying the Hudson River Exclusion SFRA. Once you do this you’ll want to fly over every major city’s skyline!